“You’ll never be more than what you believe about yourself to be true.”
~Tara Marie Segundo, M.A. 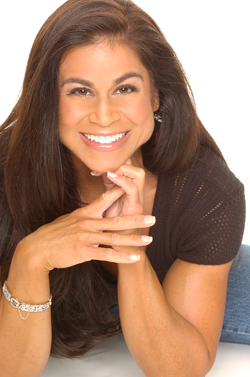 Tara Marie Segundo, M.A. is a New York City based Fitness Expert, Personal Trainer, Motivational Strategist, and Radio Talk Show Host with over 30 years experience in the fitness industry. She holds a Master’s Degree in Applied Physiology from Columbia University and earned certifications from both the National Academy of Sports Medicine and the American Council on Exercise. As a fitness trainer and consultant, her focus is helping clients break free from destructive patterns so they can reach their physical and mental peak and live to their highest potential.

In 2003, Tara Marie began her career as a Natural Figure Competitor and earned her Pro Card in just over one year. She has won both state and national titles and uses her knowledge as a competitive athlete to help people overcome their challenges and achieve their fitness goals.

Her media involvement includes television appearances on CBS, NBC, WPIX, and The Television Food Network as a Fitness Expert. She was hired by Sally Jessy Raphael to travel nationwide and ambush people who were not meeting their fitness goals and has even had a principal role in a national television commercial for McDonald’s playing a body builder!

She currently hosts her own radio talk show, TARA MARIE LIVE, which focuses on the pivotal aspects of creating a phenomenal life by addressing the mental, emotional, physical, social, and spiritual sides of people. TARA MARIE LIVE airs on American Latino Radio/SiriusXM Channel 154.

Tara Marie previously served as co-host on InVite Radio, a show about health and nutrition sponsored by InVite Health, one of the country’s leading supplement manufacturers. She also worked as a Traffic Reporter at Metro Networks in New York City.

She has done a wide variety of work in the voice-over industry, including numerous industrials, and she lent her voice to a character on MTV’s animated series, “Daria.” Tara Marie is currently the voice of Panasonic’s telephone voice-prompt system sold to businesses worldwide.

Her latest endeavors include her work with people struggling with binge and compulsive eating and the practical 4-step system she created called, R.A.G.E.®. Tara Marie teaches people how to Battle Binge Eating with R.A.G.E.® by helping them connect the destructive behavior of binge eating with uncomfortable emotions and redirect themselves toward an effective means of coping with the stressors of life.

She also created her 168 Hours Rule®, which teaches people how to stay lean and fit by changing how they use the time during which they are not exercising.

Tara Marie’s forthcoming eBook, THE MOST OVERLOOKED SOLUTION FOR WEIGHT LOSS, focuses on the often misunderstood mental game of losing excess weight and weight maintenance. She believes that, until the mind is properly trained, a permanent physical transformation cannot occur.

“Each day when you awaken is a chance for a fresh start. Decide today to be better, do better, and live better than yesterday. Greatness begins with a quiet decision to pursue excellence every day of your life.”
~Tara Marie Segundo, M.A.

Train your mind for success!

Train your brain & change your body! Overcome your struggle with motivation! Move forward & be your personal best! When you change the way you think, you can change your life!

In times of stress and angst, let’s remember tha